England’s women made history Sunday morning by reaching the World Cup semi-final for the first time. This will help build the momentum of women’s football as one of the fastest growing sports in the country. This growth is often associated with the introduction of The Football Association (FA) Women’s Super League in April 2011 and the popularity of women’s football at the London 2012 Olympics.

England’s success is arguably now another landmark event in the cultural narrative surrounding women’s football, with the potential to raise awareness and inspiring participation. But its potential significance also raises a critical question – what might this success mean in tackling some of the pervasive gender inequalities still evident in the game?

It is now a decade since Sepp Blatter suggested that female players should wear “tighter shorts”. Undoubtedly there have been gains since then: endorsements, players earning around £60,000, growth in participation and the development of the FA Women’s Super League. The BBC is broadcasting every World Cup game live and switched coverage of England’s quarter-final match against Canada from BBC3 to BBC1 after successful viewing ratings. Yet it is clear that the discriminatory treatment of women in football is still pervasive.

England’s success has mobilized people to campaign through social media for greater parity. The power of social media in sport has been more formally recognized at mega-events since the Olympic and Paralympic games, where growing networks of unaccredited media participants reported on aspects of the games that might otherwise not be covered – stories of displacement, local art, disengagement, human rights.

Even a cursory look on Twitter just hours after England’s quarter-final success reveals a dialogue between fans, friends and organizations that might invigorate critique. While this might not be an explosion of activism on the scale of, say, the global occupy movement, it may still generate social change, confronting the dominant ways of thinking about gender, femininity and football.

England’s women score the same amount of goals in 14 minutes that England’s men managed during the entire 2014 World Cup. #Lionesses

Scholars have long noted the potential for public spaces to be used to mobilize change. While some of the comments on Twitter may only reinforce gendered norms, we can all learn from the intersections between popular culture and citizen activism.

Bloggers, tweeters and other social media users are acting as self-designated media who want to share content, concerns and comments in the spirit of addressing gender inequality in the sport. Social media provides an opportunity for people to learn about gender discrimination and structural sexism outside of formal institutions, and to think differently about what is “normal”.

It was social media that provided the platform for fans to post pictures of empty seats and question the low attendance at certain games, constructing a different narrative about its status as a spectator sport . 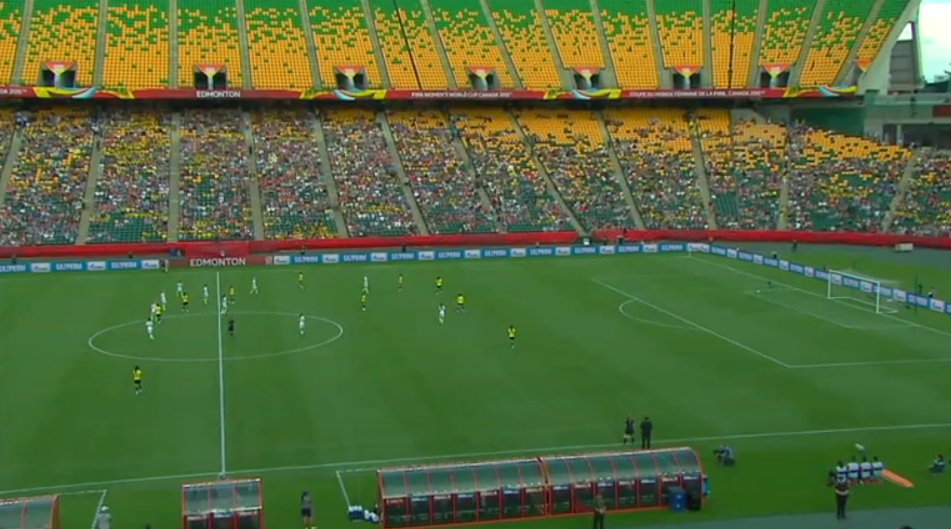 These women are among the world’s best. They deserve to play for a packed, not half-empty, stadium. #USAvCOL #USWNT

Quick off the back of the England success tweeters compared the salaries between men and women England players, critiquing the lack of parity around pay. Similar concerns were raised after the Australian women progressed farther than any Australian team has in any World Cup this year.

Another example includes complaints on Twitter about an article published in the Daily Mirror – Watching lionesses is such a roar deal – where the reporter wrote: “The world cup has shown that women’s football really isn’t that good – a woman’s place is not on a foreign field playing second rate football”. 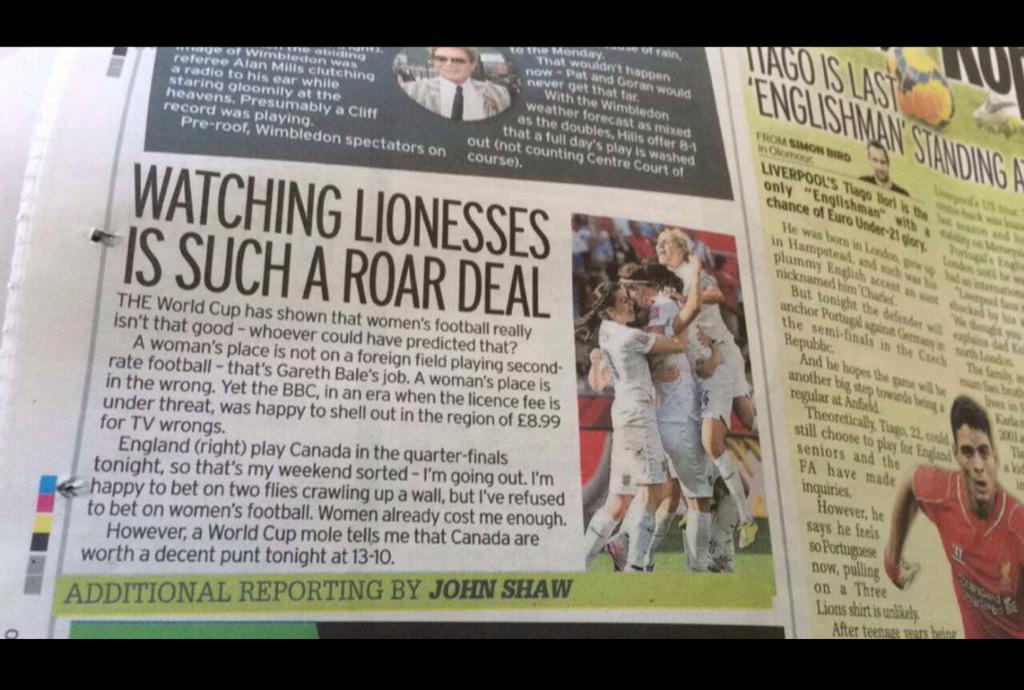 It remains to be seen post-World Cup 2015 what kind of new media legacy will emerge and what kind of stories will be told that highlight and challenge pervasive inequalities.

It’s worth noting that social media can lead to interactions where one’s own views and experiences are simply validated. As others argue, public protests and attempts to mobilize can always be lost in the constant news stream.

What is clear at this juncture is that these are complex processes between online and offline media. How governing bodies, such as FIFA, and the mainstream media interact with citizen media will play crucial role in any cultural change. Social media can’t change things on its own.

Read the original article on https://theconversation.com by clicking here